On Monday afternoon protests were staged across Canada against vaccine mandates and other COVID-19 public health measures.

The protests took place in major Canadian cities across most provinces, including Calgary and Edmonton.

Though the Facebook page of Canadian Frontline Nurses, the group that organized the protests, shared flyers that were supposed to encourage people to stage "Silent Vigils" across Canada in order to "stand together for informed consent & medical freedoms" the protest in front of the Calgary Foothills Medical Center was anything but quiet. Several altercations broke out between individuals, which were pacified by the Calgary Police.

Protestors stood on the sidewalks on either side of the medical center, carrying signs that read slogans like, "Fired by force because of my right to refuse" and "No vaccine passports, stop the genocide". A few individuals wore yellow paper cut-outs in the shape of the Star of David with the word "Jude" (Jew) "Unvaxxed" (sic) that were pinned to their chests. Very few people had brought flowers, which is what the flyers instructed people to do, in order to "honor someone affected by COVID measures."

Those participating in the protests were not keen to speak to the media and referred to journalists and reporters as fake news. One woman wanted to speak to Discover Airdrie but later refused to go on record and answer questions as to why and what she was protesting. Several protestors also attempted to block the path of ambulances on their way to the building.

Jennifer Sherman, a registered nurse, was observing the protest.

"You know it's hard to put in words," Sherman said. "The fact that we're struggling as Canadians to maintain our public health care system, something that I have fought for over 40 years."

Sherman said the protesting in and of itself is not what she takes issue with, it's the fact that protestors are choosing hospitals as their battleground.

"They're [the protestors] are not taking their argument where these decisions are made," she said. "They're taking it out on my fellow colleagues. The ones that are working their butts off 12-16 hours a day."

To date, the Government of Alberta has not announced any mandatory vaccine legislation or vaccine passports. 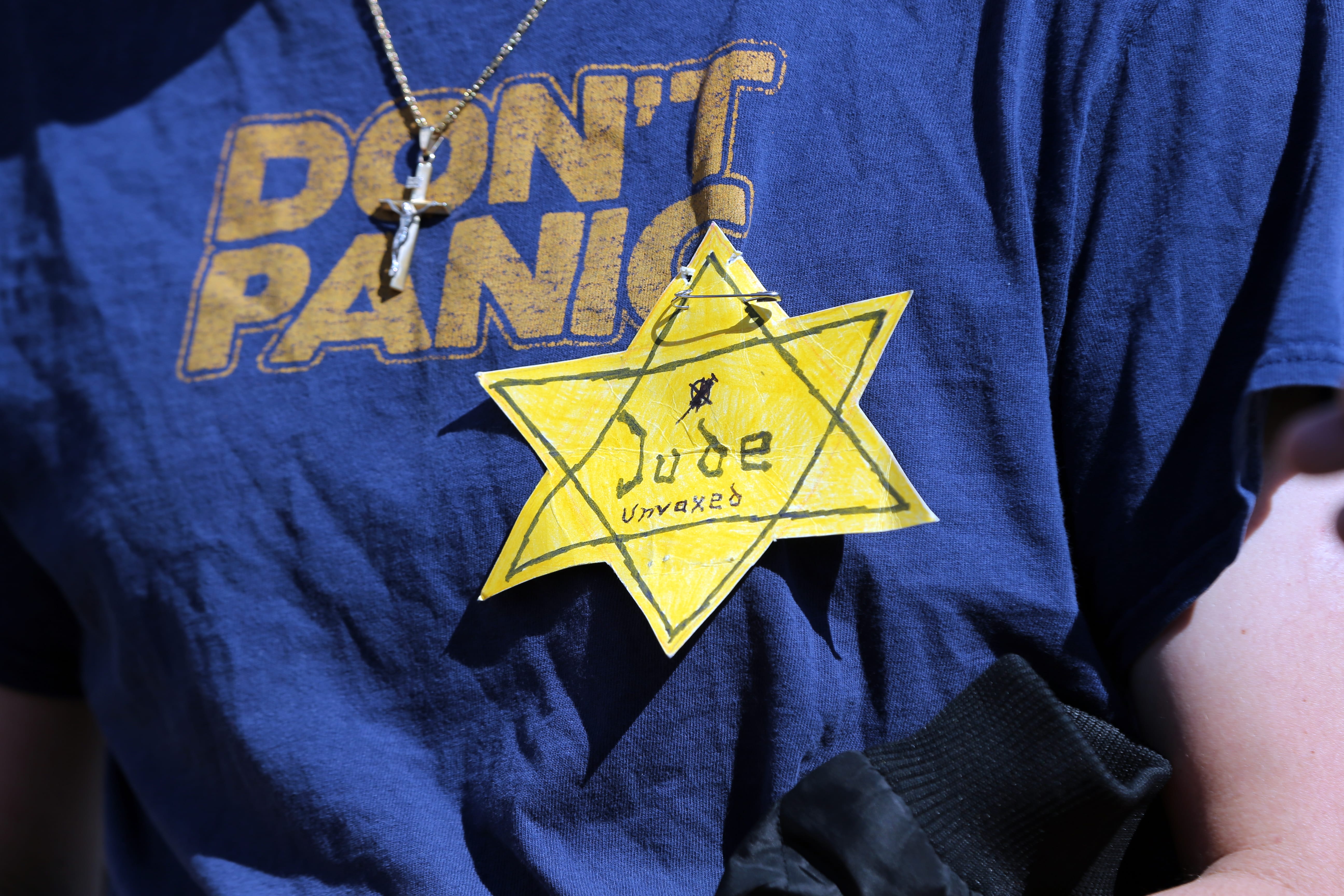 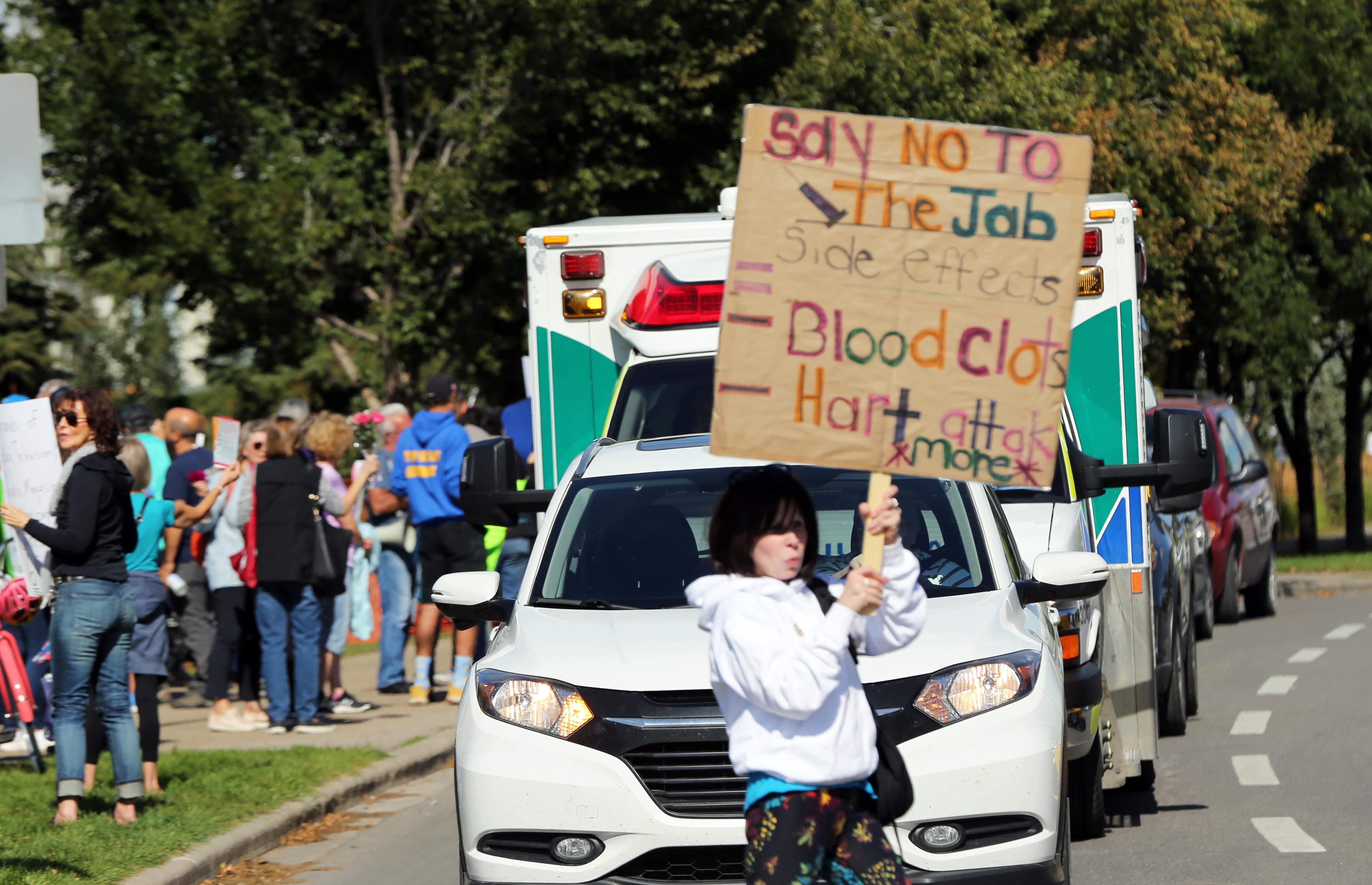 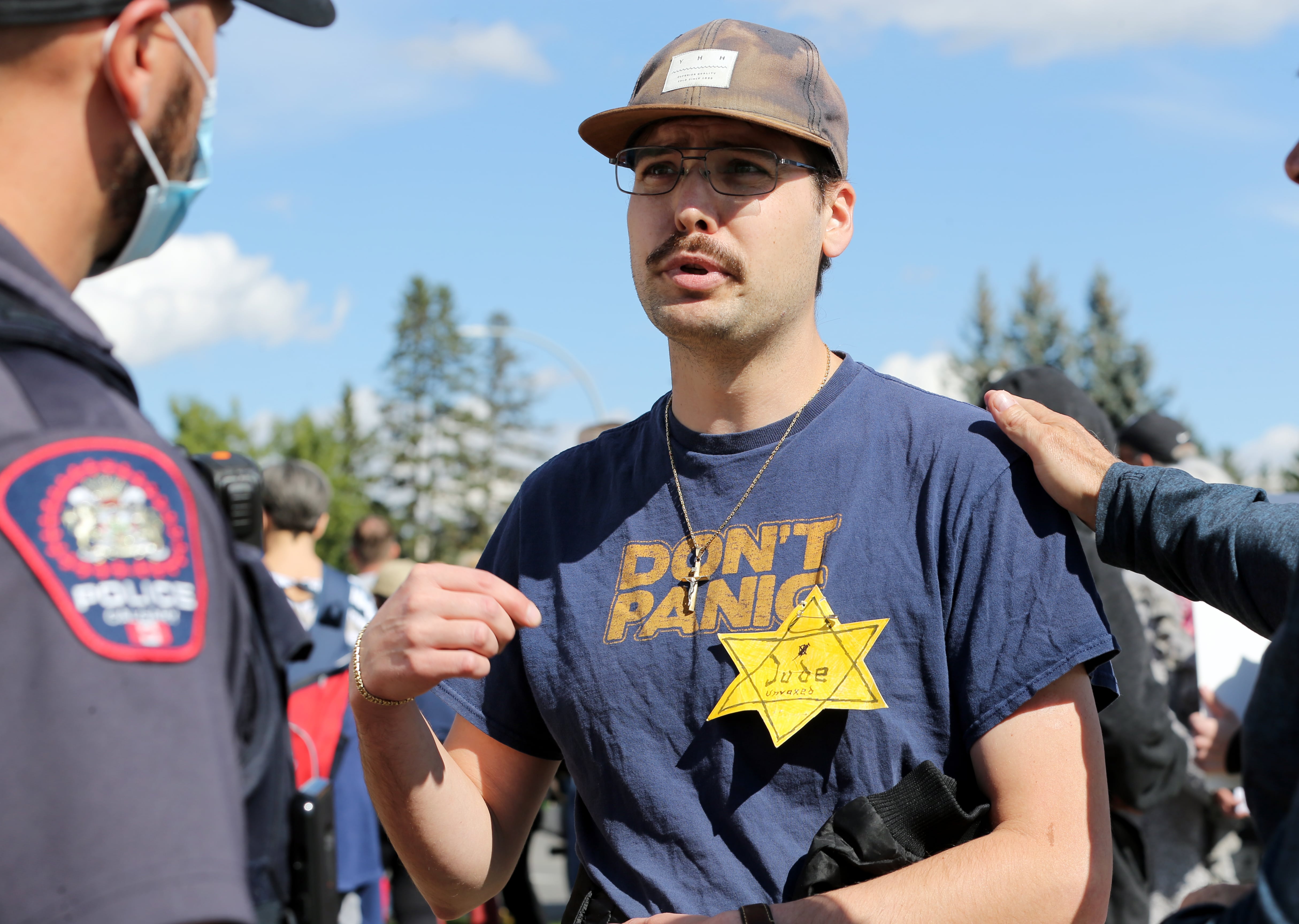 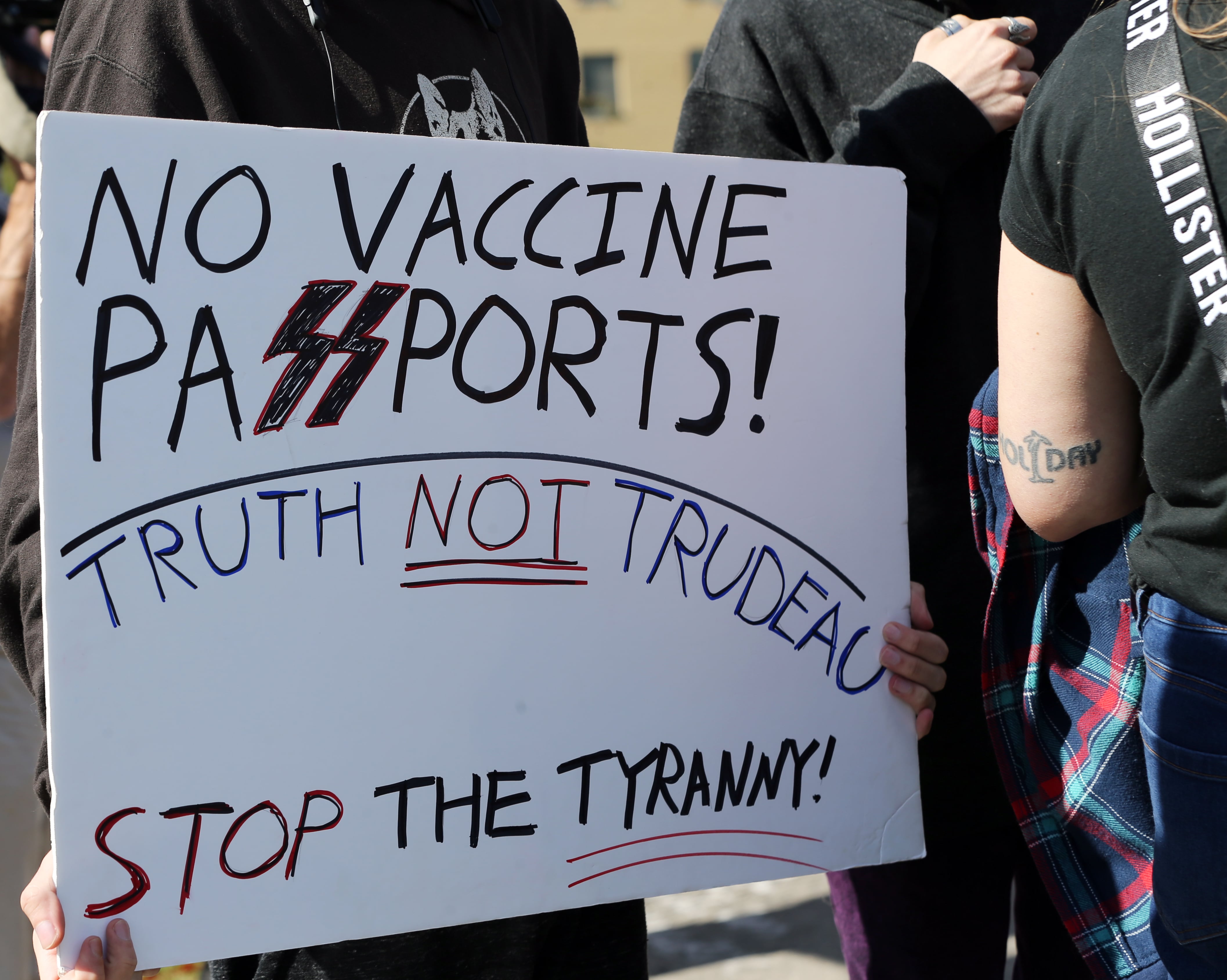 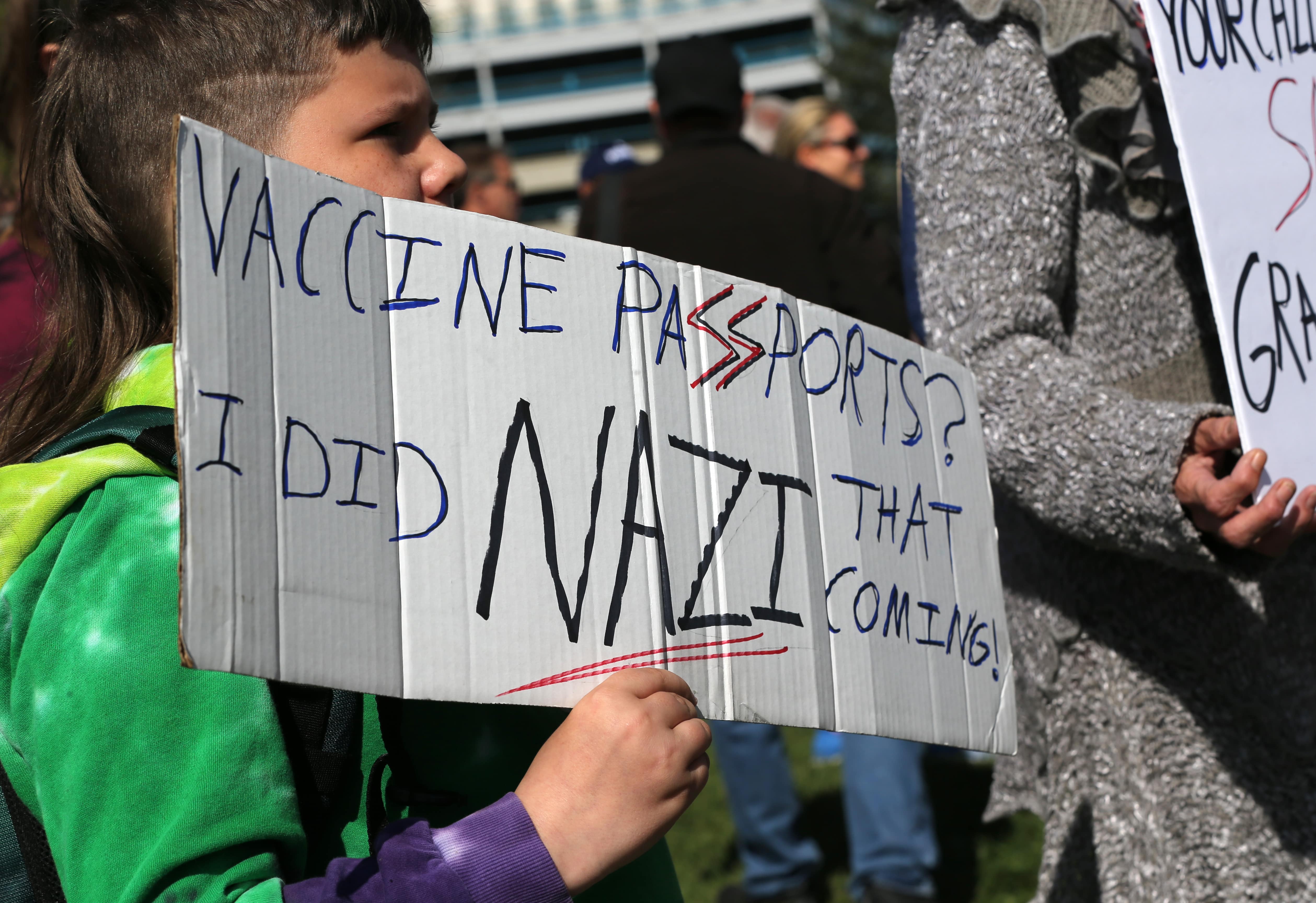 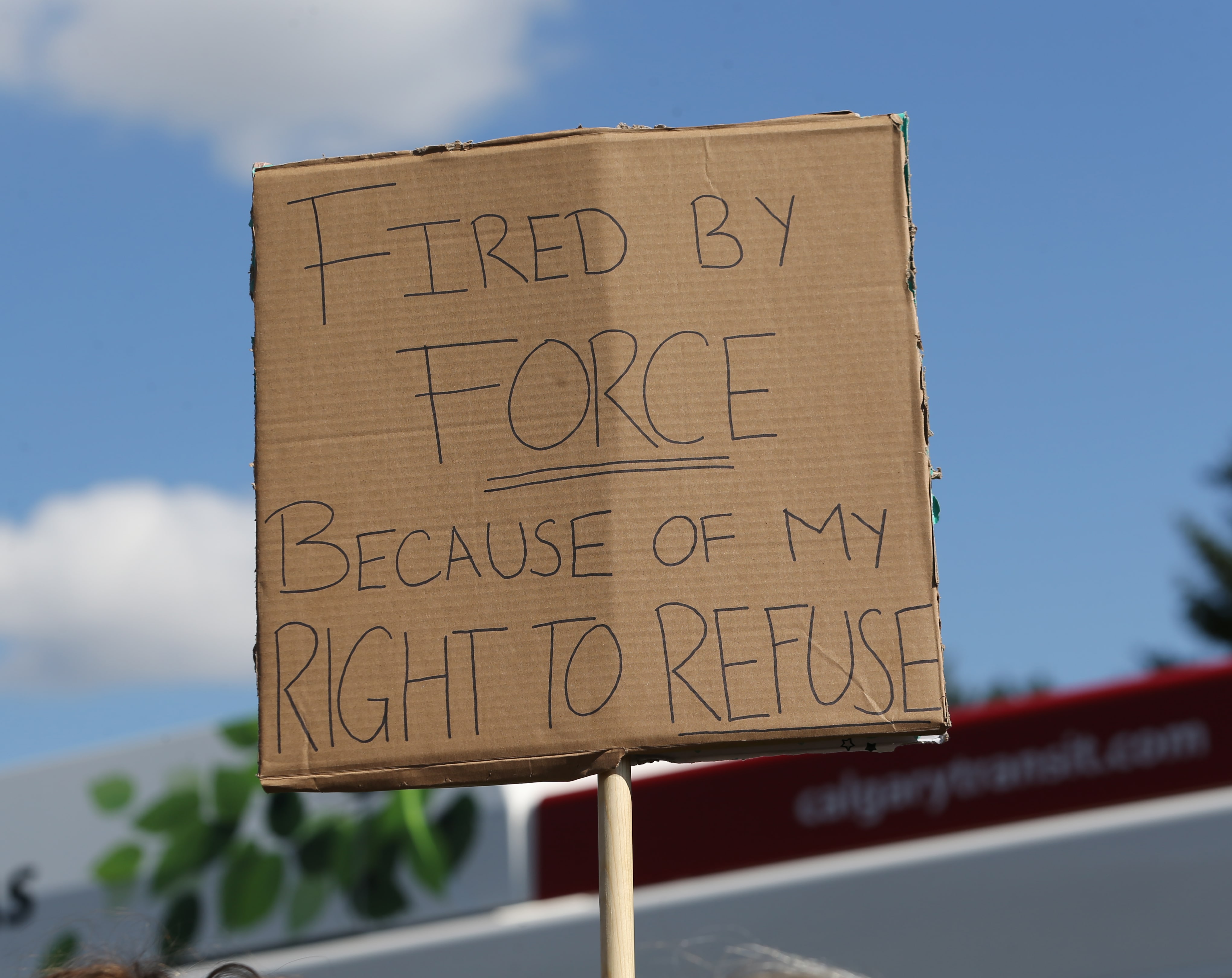 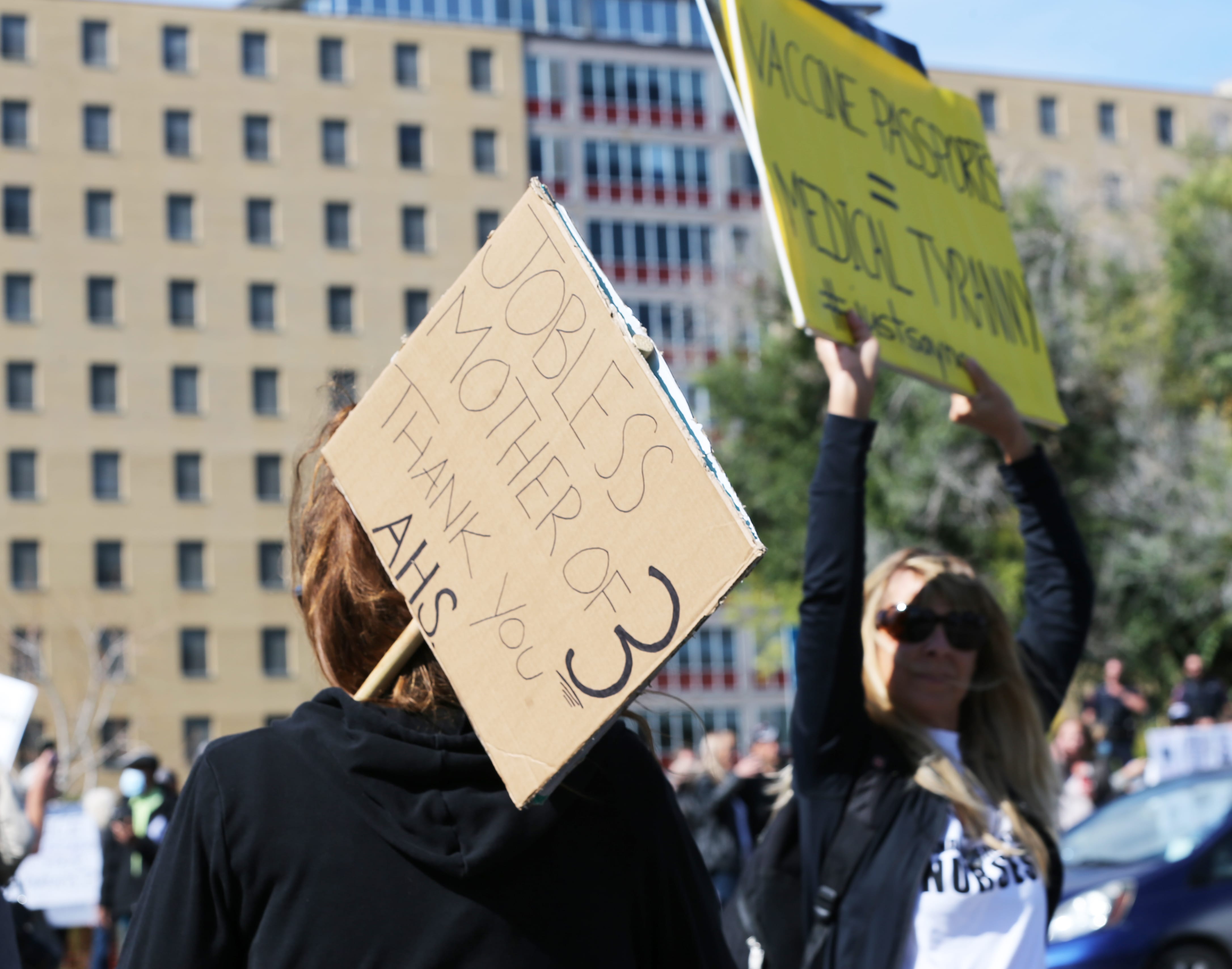 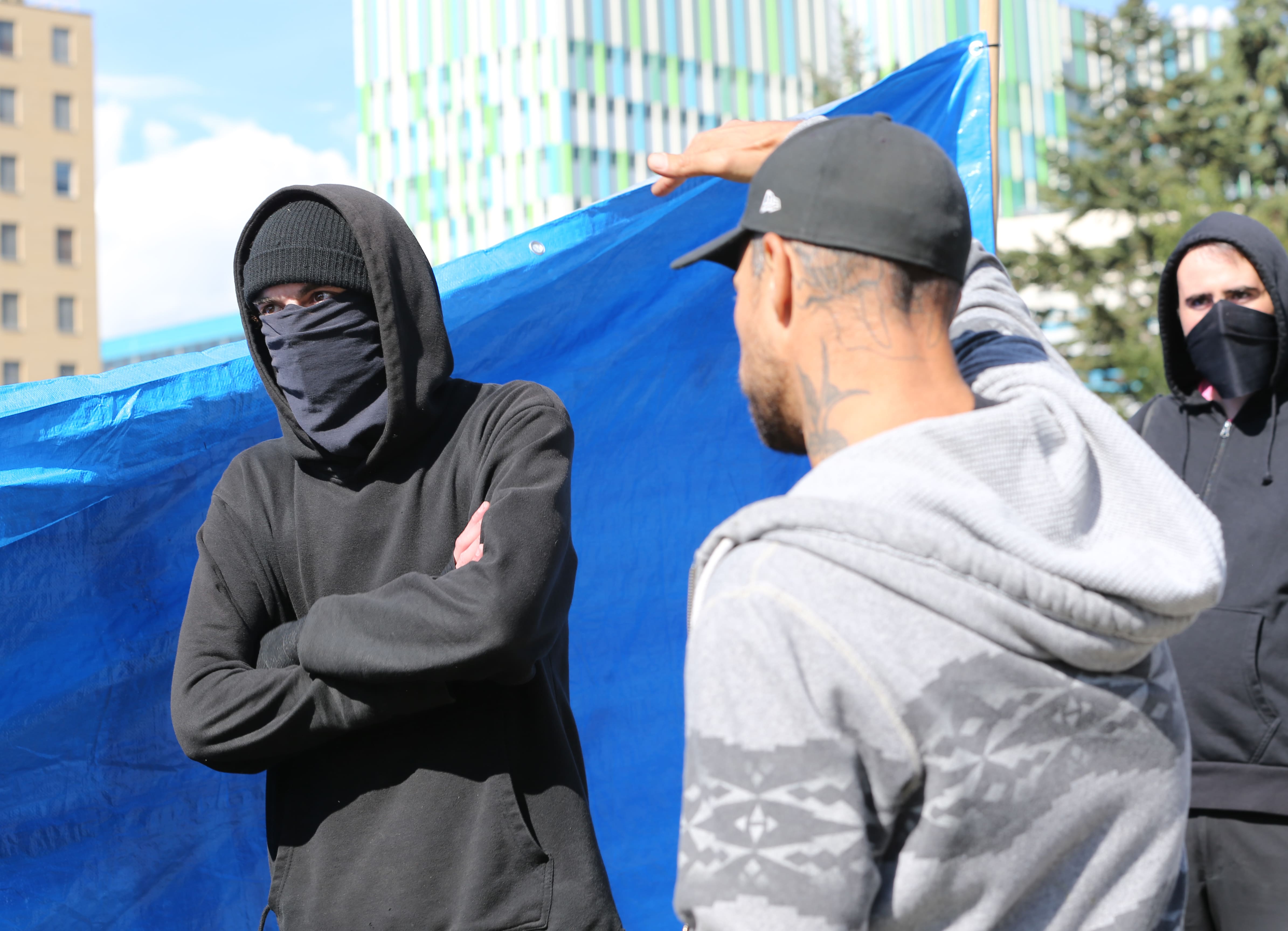 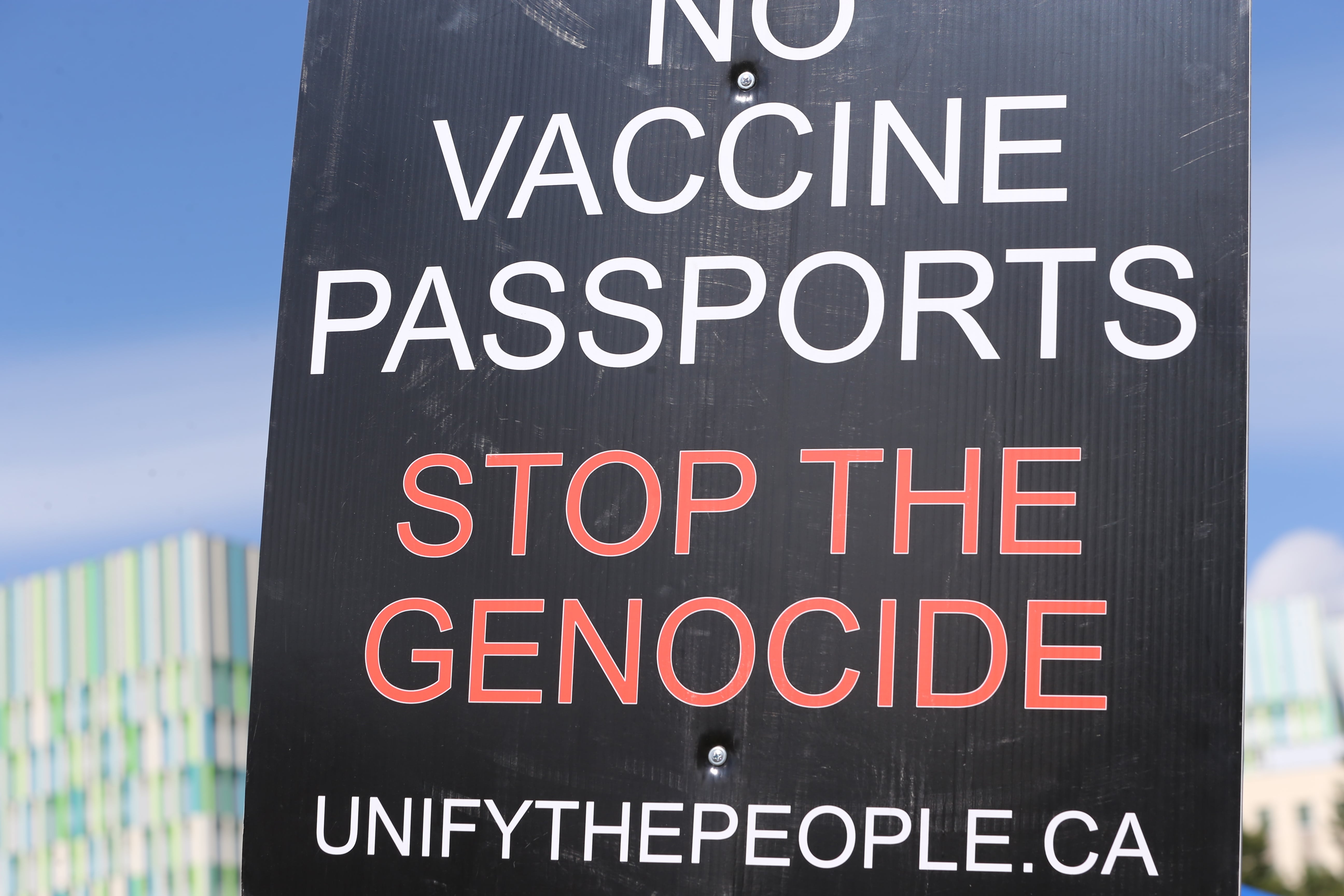